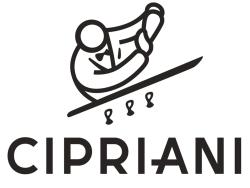 In 1931 a long-sought dream became reality. Giuseppe Cipriani opened the doors to Harry's Bar. In a discreet stone building perched along a canal just off Piazza San Marco in Venice, he created a timeless and impeccably appointed establishment. His concept was to serve others as you would want to be served yourself. His vision of simple luxury came to touch the souls of people all over the world. Cipriani is the source of many fine inventions, including the Bellini, a frothy mix of peach nectar and Italian sparkling wine, Carpaccio, the famous dish of thinly sliced beef fillet, the Montgomery Martini and Risotto alla Primavera. The secret of Cipriani is not what can be seen or touched, but what can be felt and sensed. It is intangible but palpable. It can't be patented, but even after eighty-eight years, it hasn't been duplicated by others. Four generations of Cipriani have grown a single restaurant, into a global renowned hospitality brand, recognized for its distinguished venues and service all over the world. Under the guidance of Arrigo and Giuseppe Cipriani, together with Giuseppe's sons, Ignazio and Maggio, the Cipriani vision of simply luxury is conveyed across continents.

Email me jobs from Cipriani