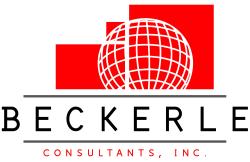 Beckerle Consultants, Inc. is one of the nation's leading privately held providers of DC Power Systems and Engineering. We are a second generation, family-owned company. Beckerle Consultants, Inc. was founded by Bob Beckerle, Sr. in 1991. At that time, Bob was rounding out a distinguished 30 year career as a DC power and grounding guru with Southwestern Bell. His son, Rob, was starting college, and Bob may have been looking forward to retirement (though he's not the kind of guy who is content being idle). Soon after 'retiring' from SWB, Bob began fielding calls from his former colleagues, asking him to do some consulting work. He figured this could be a good opportunity to stay engaged while earning extra funds for Rob's college tuition. Before long, Bob's engagements had ramped up. He was working full time again. In fact, he had to hire a couple of folks to help him keep up. By 2001, Beckerle had earned a tremendous reputation in the DC Power market. Rob, joined the company and Bob began preparing to step back from day to day operations. Over the next few years, company leadership was handed down from Bob to Rob. Our family feel and our founding principles of service and quality remained intact, and in relatively short order, Rob began recognizing new opportunities to grow Beckerle Consultants. Between our project management team and technicians Beckerle averages over 20 years experience in the industry. We deliver high quality solutions on time and on budget.

❖ While headquartered in St. Louis, MO, we also have facilities in Chicago and Little Rock. Our St. Louis warehouse has designated areas for shipping & receiving, inspection and storage along with a battery charging area. Which makes for an unimpaired inventory management system.