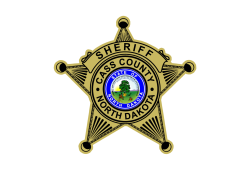 It is the mission of the Cass County Jail to provide a safe and secure confinement for lawfully committed inmates or detainees in compliance with standards set forth by the North Dakota Century Code and the North Dakota Administrative Jail Rules. The primary goal of the jail is to provide the safety of Cass County citizens by detaining lawfully committed inmates in the most efficient and cost-effective manner as possible.

The jail will be managed in a manner that will foster a positive atmosphere between the staff and inmate population with the expectation that mutual respect will be displayed at all times. This will be accomplished by employing well-trained and motivated staff, maintaining a safe and secure physical plant and providing inmate programs that will offer them an opportunity to help prepare themselves for eventual reintegration into their communities.  Inmates will be held accountable for their actions. Incentive for good behavior is provided through a classification system that will reward positive behavior. We will strive toward the goal that inmates will leave this facility in the same or better condition as when they arrived.