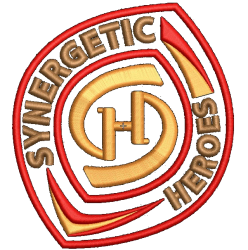 In response to the rise in homeless Veterans on the streets throughout America, SYNERGETIC HEROES, has formulated the HEROES Project.

For decades, homelessness has been a major health problem that defies easy solutions.

There are any number of reasons why someone could end up on the street.

Along with the enormous number of people who were forced into homelessness when mental hospitals were closed across the United States during the 1970s, “whole families” have been reduced to homelessness following the recent COVID-19 pandemic along with other economic recessions and reversals within the past ten years.

Returning veterans who have become homeless due to mental health problems, substance abuse, economic hardship, having few financial assets or no family members they can turn to for support have become more common in homeless populations.

In addition, not being married, being Black, having low income and falling into the 46 to 55 age group have been found to contribute to homelessness.

According to a U.S. Homeless Veteran article published by PolicyAdvice, on March 2021, the U.S. Department of Housing and Urban Development (HUD) estimates:

The Synergetic Heroes Foundation recognizes that although the City of Gary, Indiana has long been known for its Steel Industry, today it has become one of the grimmest cities for unemployment and housing Veterans returning home to a place where they were once lauded as Heroes upon departure for Service to their country.

Even prior to the recent and dramatic rise in unemployment, it was difficult for returning veterans to ameliorate the many barriers faced by the challenges of finding quality affordable housing. Veterans need housing, job training and employment to build new lives but often times a veteran returns home with only the AIT “Advanced Individual Training” that was mandatory to perform their jobs while in the Military. This training while offering stability, discipline and income is often not suited to obtain employment commensurate to sustaining stable housing.

The systemic recidivism rate of chronic homeless veterans in Northwest Indiana is growing at an alarming rate which can also be attributed to an increase in crime rates.

For many years, groups small and large, faith based and community-based organizations grappled by themselves with the issues surrounding veteran homelessness. In March 2016 the Northwest Indiana Veterans Village opened with 44 one-bedroom units. Since the building of the Veterans Village, there has not been any construction dedicated to housing Homeless Veterans.

Studies show that children in stable housing do better in school and are less likely to experience disruptions in their education due to unwanted moves.

The SYNERGETIC HEROES Affordable Housing Project provides homeless men and women veterans with an independent, positive, and peaceful home environment, in which they are respected, supported, motivated, encouraged, and assisted in sustaining a happy and healthy environment that promotes personal growth and development for individuals whose livelihood has been in some way or another severely impacted due to homelessness, loss employment, marital status, and or abuse.

With the acquisition of over 100 parcels in Northwest Indiana, SYNERGETIC HEROES will manage the entire project.

The HEROES Project is a strategic economic development plan in the State of Indiana by providing United States Veterans and affordable housing and will facilitate job training and employment to build new lives for homeless veterans, low-income families and for the general public as we begin within the under-served and distressed communities within the City of Gary Indiana and extend across the state and work with “strategic partners across the US to eradicate homeless Veterans.

Email me jobs from Synergetic Heroes